Two adventures in one? Not quite. But yes. If you like a short adventure and see some waterfalls and scenic views these are 2 nice smaller adventures to explore. Each track will take a few hours. First let’s tackle the longer one. Negros Island in the Philippines is one of the bigger islands in the country which makes for some great exploring.

I often went for a ride, just heading into the mountains and see how far I could go before the roads got too bad. Which in many places was pretty soon.
Sometimes the fun would end pretty quick with the road at a 30+ degree angle, or just stopping. Other times it was just going to a little farm or stopped at a single track-like walking path into the jungle.

But other times I would just find a nice route. Below you can read about 2 of the nicer ones that don’t have you backtrack and just go in a nice circle over the southern bit of Negros Island.

I saw pictures of these waterfalls in the Siaton busstation long before I knew where these waterfalls were and was a bit miffed when I finally could go out and explore Negros that I couldn’t find them on a map. But also that the locals wouldn’t say where it was without buying their tour. Then on a chance stop for a drink I found it.

From Dumaguete we headed north through Bais and turned left towards Mabinay, which is a town in the middle of the mountains in central Negros Island.
This is a main road crossing the island towards Bacolod. However, a few kilometers before Mabinary we’d head left and onto more a quiet road. This road twists and turns all over the mountains following steed edges and traversing lengthy slopes with little villages and farms dotted along it.

If you take the time for it, there are nice scenic views around most bends. On one such bend we spotted a little shop selling drinks and candies and things like that. But also an old rickety concrete bridge under a newly built one. 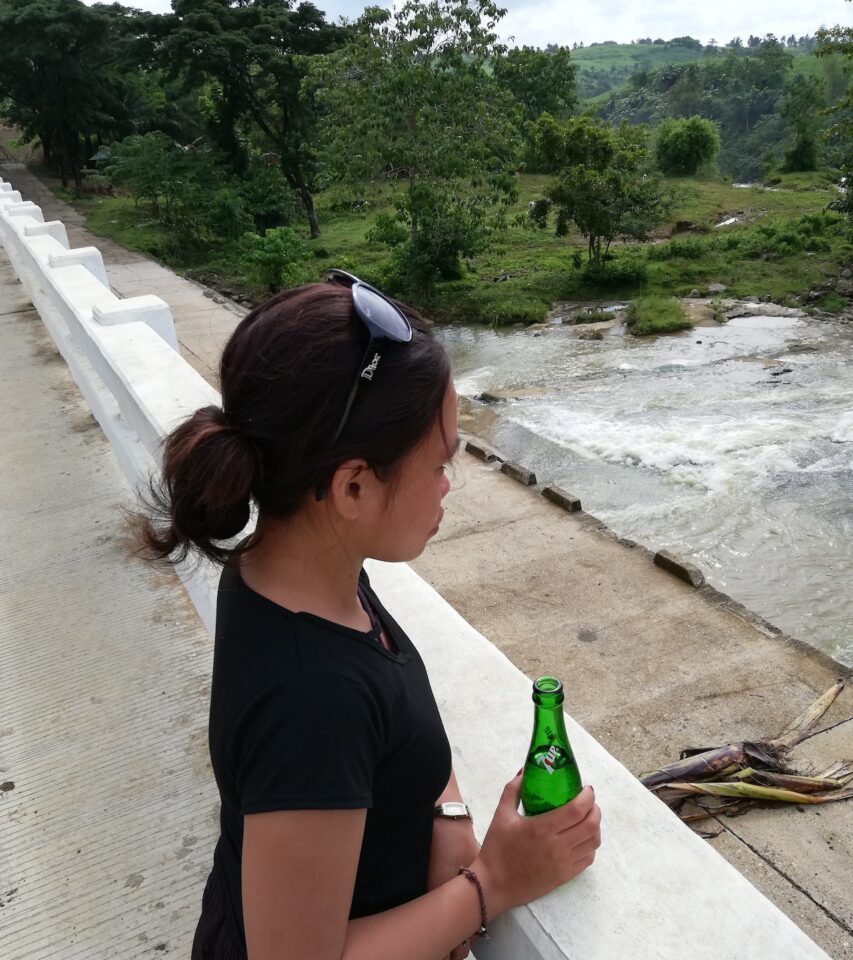 In 2017 Negros Island saw some upgrades to their road network. When I decided to check it out with my girlfriend and grab a drink at the little store, some kids approached and offered us to show a waterfall.

We agreed and the kids, some boys, ran ahead down a muddy and slippery path and me and my girlfriend followed slowly behind. Trying not to slip.
After about a 100 meters down we reached the bottom of a sort of gulley/valley kind of area where the river continued.
The river we drove over on the road would fall down a 20 meter cliff in several streams creating a swimming pool below. 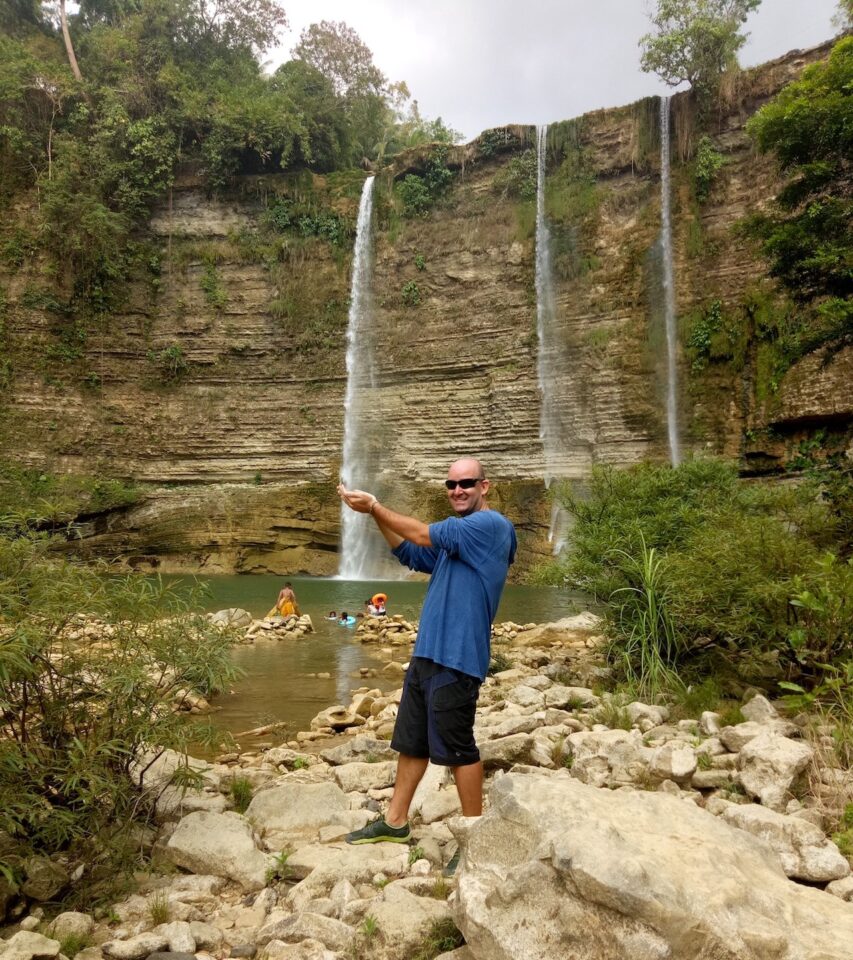 It was then that I realized that I finally found the waterfalls from the picture in the Siaton bus station. We sat around with our drinks for a bit, watching other people swim in the brown-ish water. Someone doing laundry further down stream. Typical Filipino stuff. And after a while we headed back up the path back to the road.

I gave the boys some money for being our guide, which they appreciated very much. And we headed further down the road to see where it would take us. 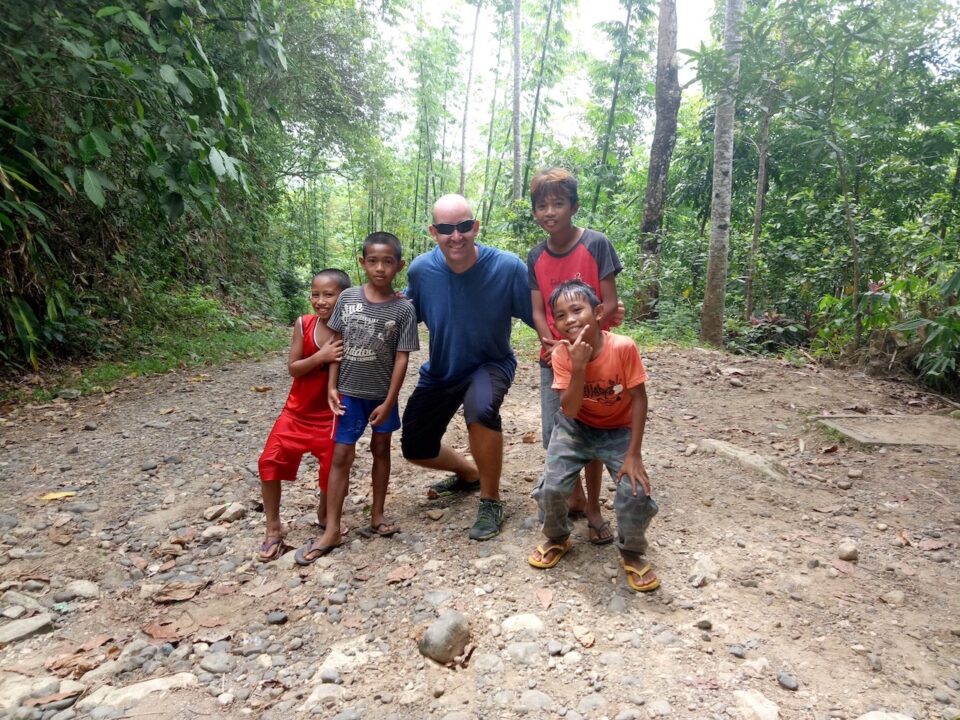 Turns out it road would end up in Bayawan, a small city on the coast of Negros Island. From there we headed south towards Siaton and eventually reached Dumaguete again.

A few weeks passed and looking at the map once again I noticed another road which was supposedly paved going through the mouintains. We decided to check it out and one morning headed out from Dumaguete going north towards Tanjay before turning left towards the mountains on a newly concreted road. Riding along sugar cane fields. Coconut farms and similar farm-like stuff we started up the twisting road into the mountains. Often slowing down to enjoy the many views behind and to the right overseeing the area we just passed through.

further up the mountain the road got a bit worse and soon we’d ride over worn out tarmac. Nothing too bad though.
The higher we got, the better the view got and we took frequent small breaks to see if we could spot towns and recognizable stuff in the valleys. 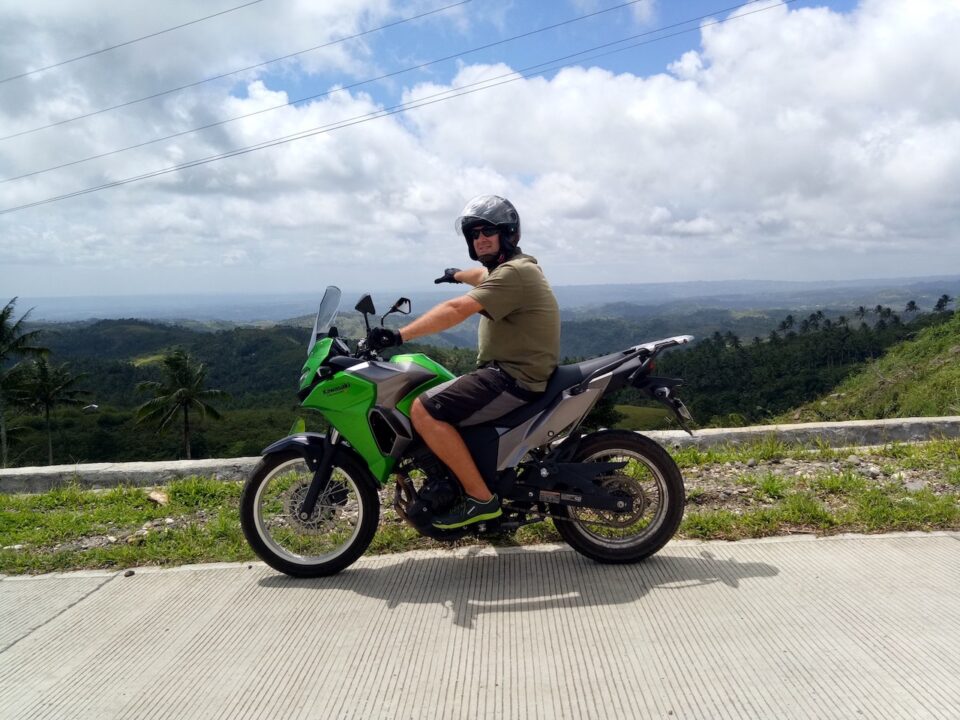 We didn’t recognize anything though, just a load of forest and jungle down there. 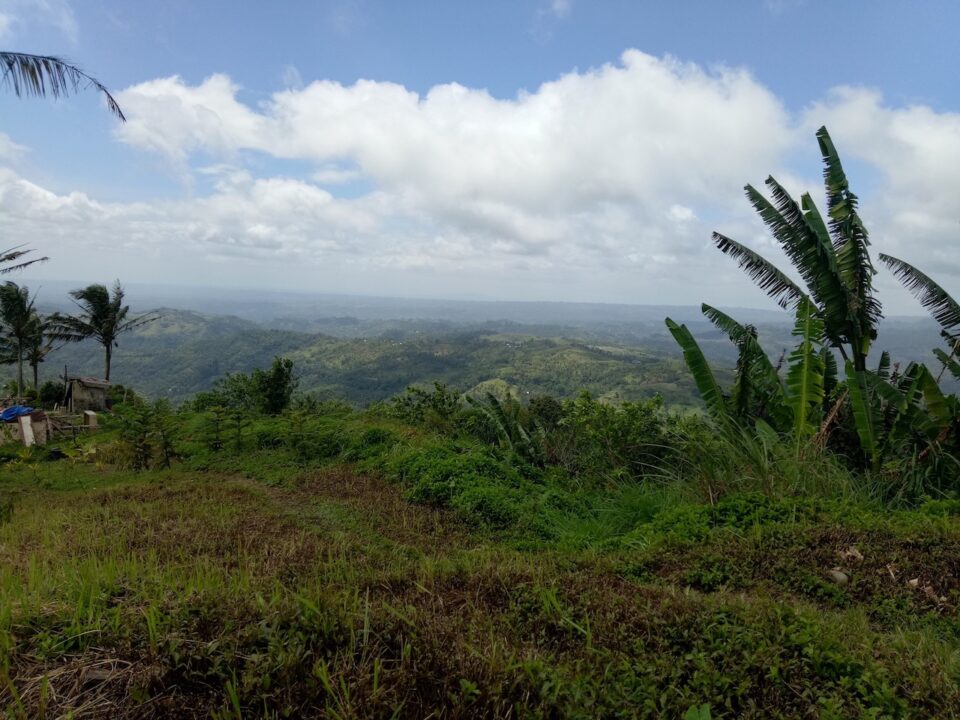 Continuing on we eventually ended up in Santa Catalina which is a small coastal town on the south-coast of Negros Island.
We took a break there and plundered the local bakery for some banana bread. From there we headed on the coastal road back to Dumaguete.