Escape the hustle and bustle of Dumaguete for a few days and relax on the golden beaches of Sipalay. Sound good? Let’s go!
On this adventure we went to Sipalay City, a Municipality on the other side of southern Negros for a few days.

Sipalay is, I think, a fun and relaxed escape from the city and with its nicer beaches than what you find in or near Dumaguete a great option for a getaway.
At the time I had a girlfriend, we regularly went on little vacations like this. This trip was in July 2018.

Leaving early in the morning we headed towards Bayawan. Hoping to be out of the busy Dumaguete traffic before it got too bad. Packed up for adventure and ready to go. We were in no particular rush, but we did want to arrive in Sipalay in the middle of the afternoon if possible. Just so we could maximize our ‘vacation time’. 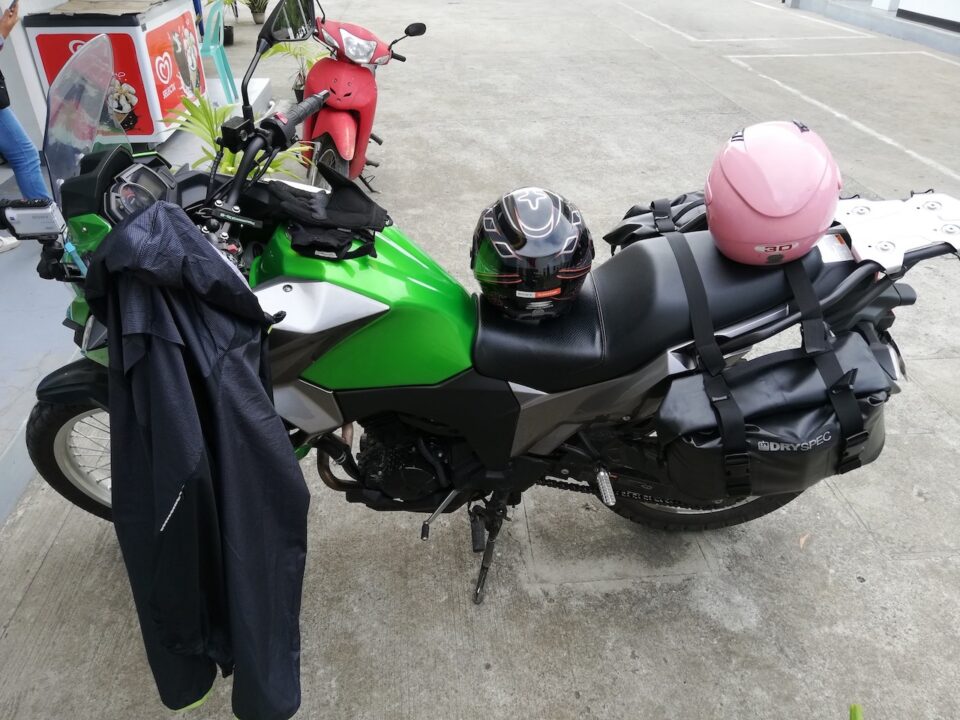 The motorbike is a Kawasaki Versys X-300. Mostly Stock, but I’d added SW Motech SLC sidecarriers on it and threw a pair of DrySpec D20 on it for luggage. This worked really well for the bike.
As mentioned we headed towards Bayawan where we stopped for a drink and some snacks. In the Philippines you can pretty much always buy food anywhere. And if quality doesn’t really matter that choice increases by tenfold. I’m a bit of a fussy eater at times – I easily get sick from things. But my failsafe is almost always the local bakery. The Philippines is great at making all kinds of little breads and cakes, and almost every town or city has a few bakeries.

Overall the ride was nice, we had some great weather and the roads were mostly empty between the larger towns. Which was nice also. 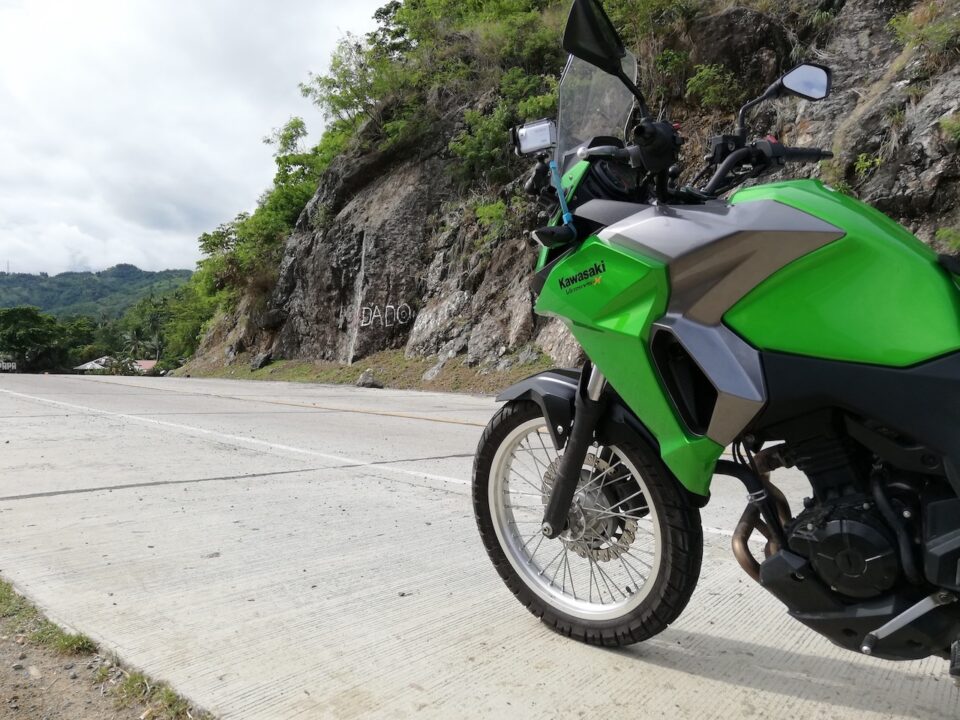 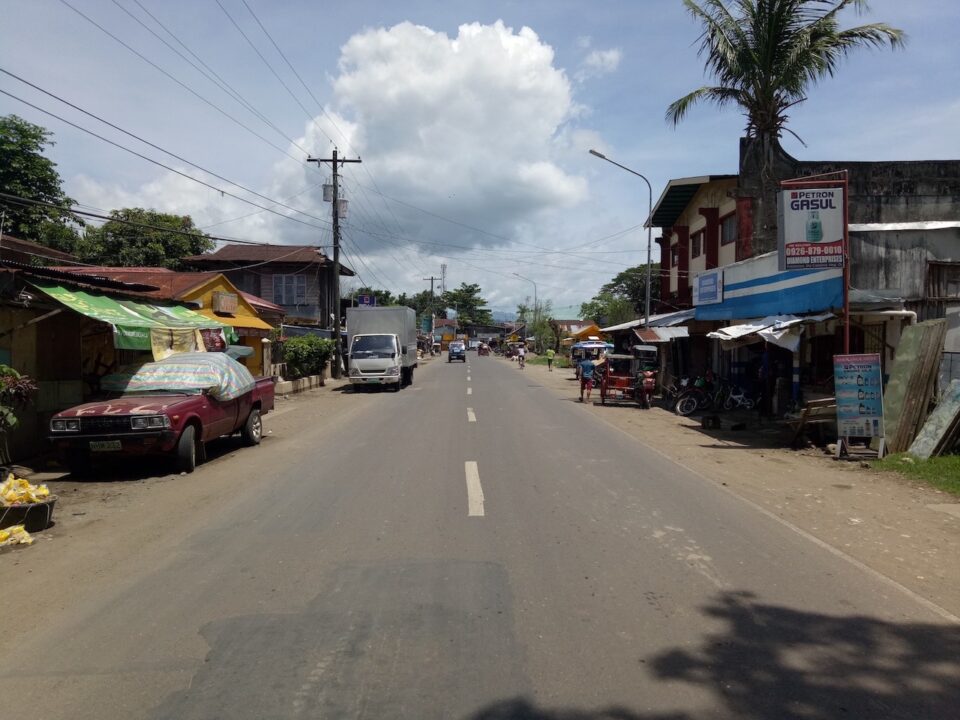 After a 5 hour ride we finally arrived in Sipalay. Sipalay is a quiet-ish rural town right on the beach. A few thousand people live here and there are barely any facilities. No banks, no supermarkets, no nothing. Just an old public market, a few stores akin to convenience stores and a few basic restaurants. It’s great for a short vacation before the novelty wears off.

We found a new looking motel in the middle of town and decided to give that a go. They had a row of basic rooms for about $10US a night with gated parking. Hot showers and even Wifi as well. 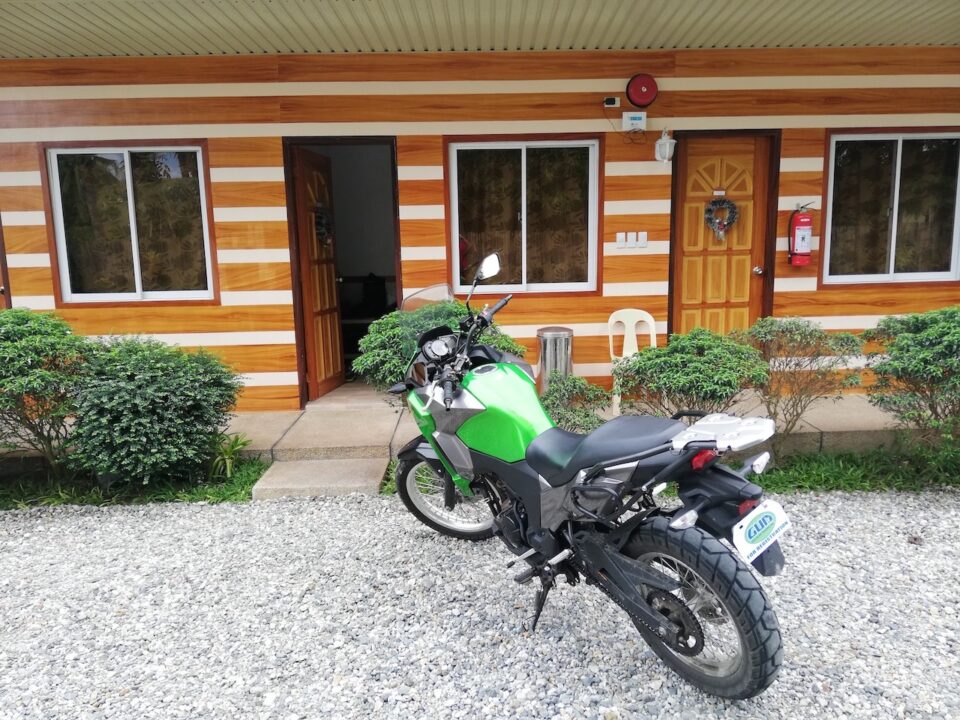 Exploring the town and its beaches

Over the next few days we’d explore the town a bit. Finding restaurants, bakeries and just generally enjoying ourselves.
Of-course we went to the beach too. But the water was really really cold for some reason. Not good. 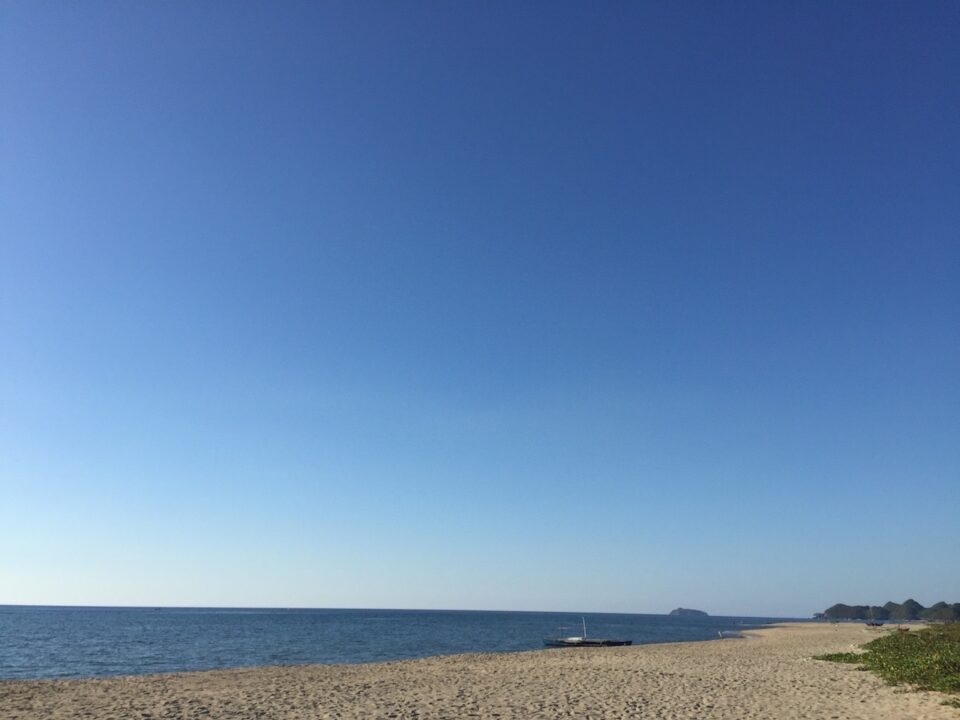 Filipinos have the longest coastline in the world I think, but a lot of them can’t swim. And the idea of just sitting on the beach for fun and playing in the sand or whatever also doesn’t make much sense to them. So often you’ll find beaches nearly empty. Especially if the water gets deep quickly – Which is the case on this beach.
Sunsets in Sipalay are nice too. Every day we could watch a golden orange sun sinking into the sea. 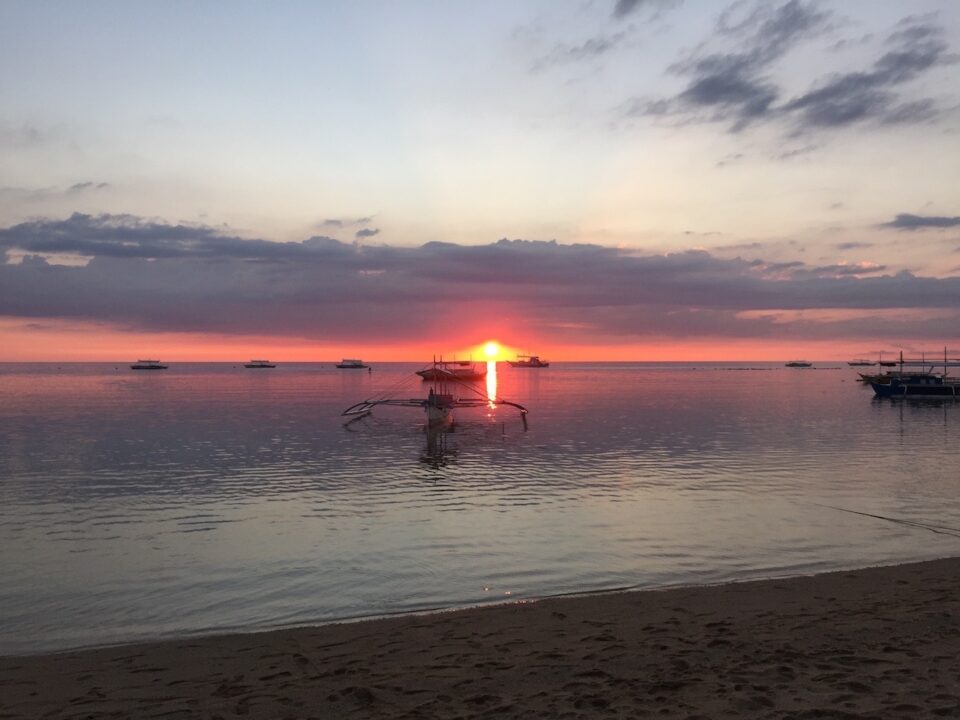 We also headed to Punta Ballo beach, this is a little bay kind of area with a beach. The water here is shallow and the bay is almost closed off by a coral reef. This allows for some nice swimming and just gallivanting around. A few hotels and shops are available on the edge of the beach, which is nice for lunch and getting drinks easily. 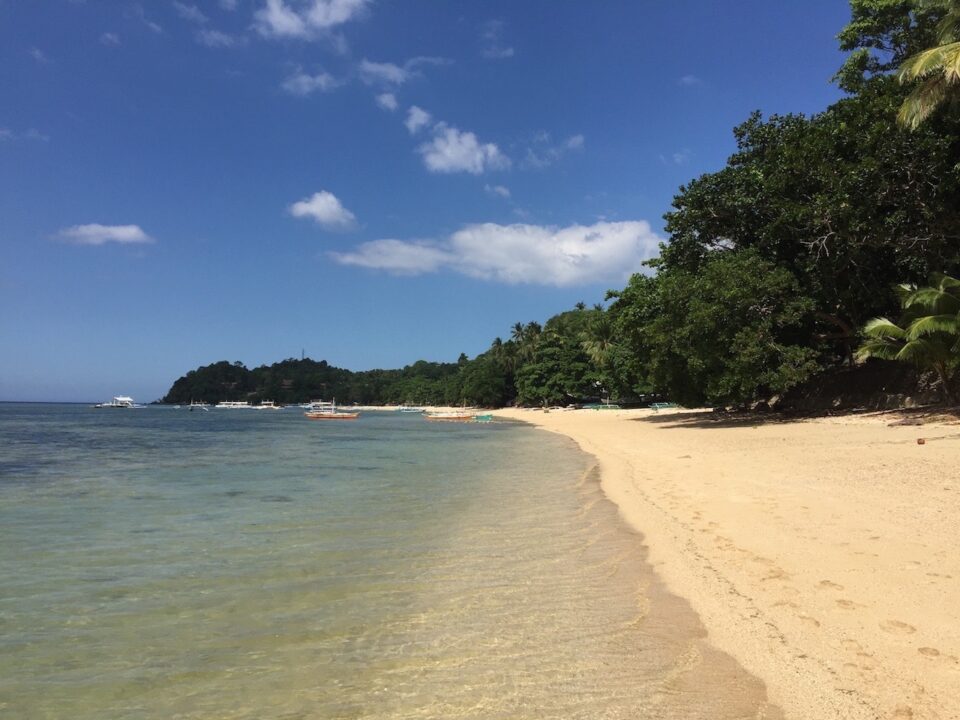 Between the trees you’ll find a bunch of hotels all looking out over the water.
In the same area we also visited Sinagong Dagat, a sort of nature park with small cone-shaped hills rising up from the water, akin to a flooded variant of the famous Chocolate Hills on Bohol. 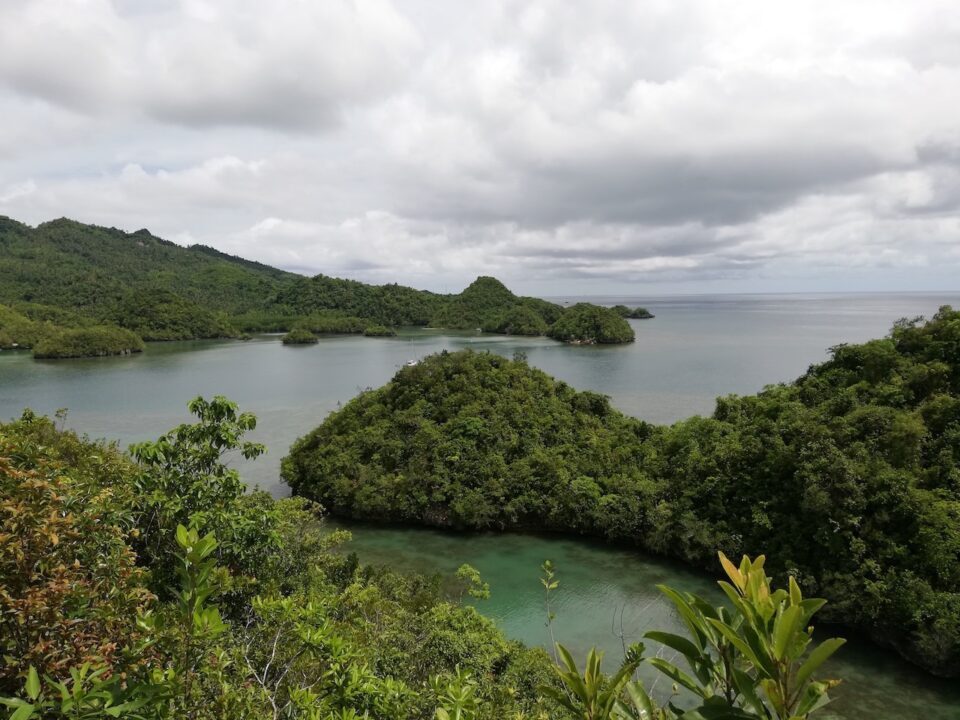 And on the final day we went to Sugar beach, a little ways to the north. This beach is famous with the locals for its sugary golden brown color.
Also here you’ll find a bunch of hotels and beach restaurants. But the beach itself is only accessible by boat.

I did find a hammock though… 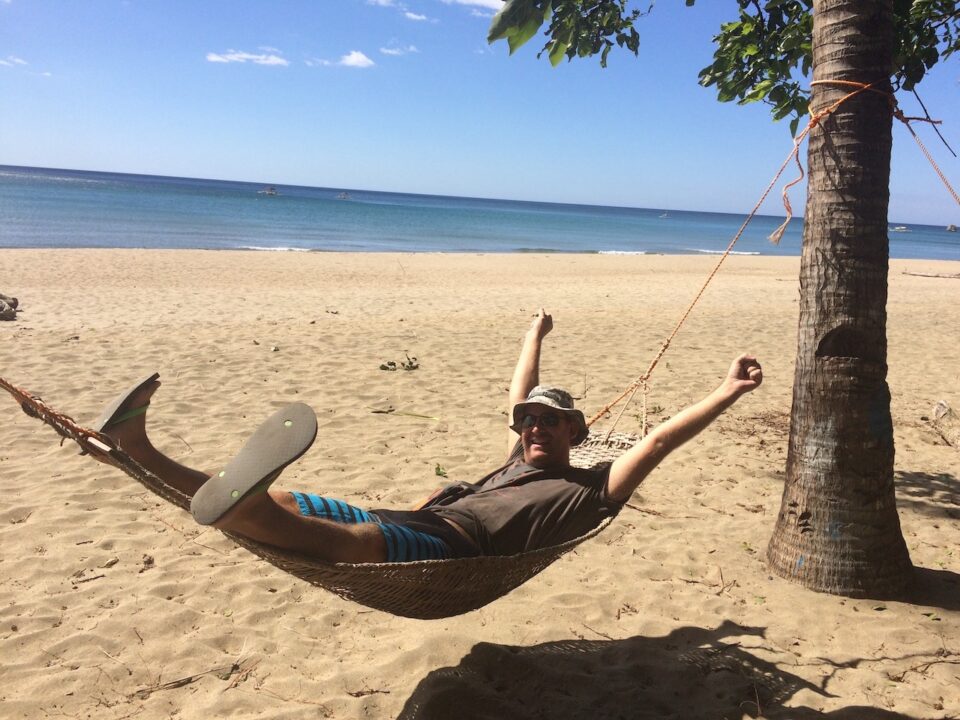 After a few days of beach fun we headed back to Dumaguete. I had imagined an alternative route through the mountains which would join the main road near Mabinay, which is in the middle of Negros. And off we went, leaving early again. We had no luck with the mountain road though. After about an hour we entered a dirty little village and the road just stopped. Google says there are roads and that at worst it would be a gravelly kind of thing.

Asking the locals just got a smirk and a “no, there’s no roads here” kind of response.
So we headed back to a larger town with better roads and improvised a new route to Mabinay via Kabankalan.
This turned out to be a nice twisting road along a low mountain range. We took a break at Jollibee in Kabankalan before heading to Mabinay.

Passing Mabinay the mountains got a bit higher and the views better. 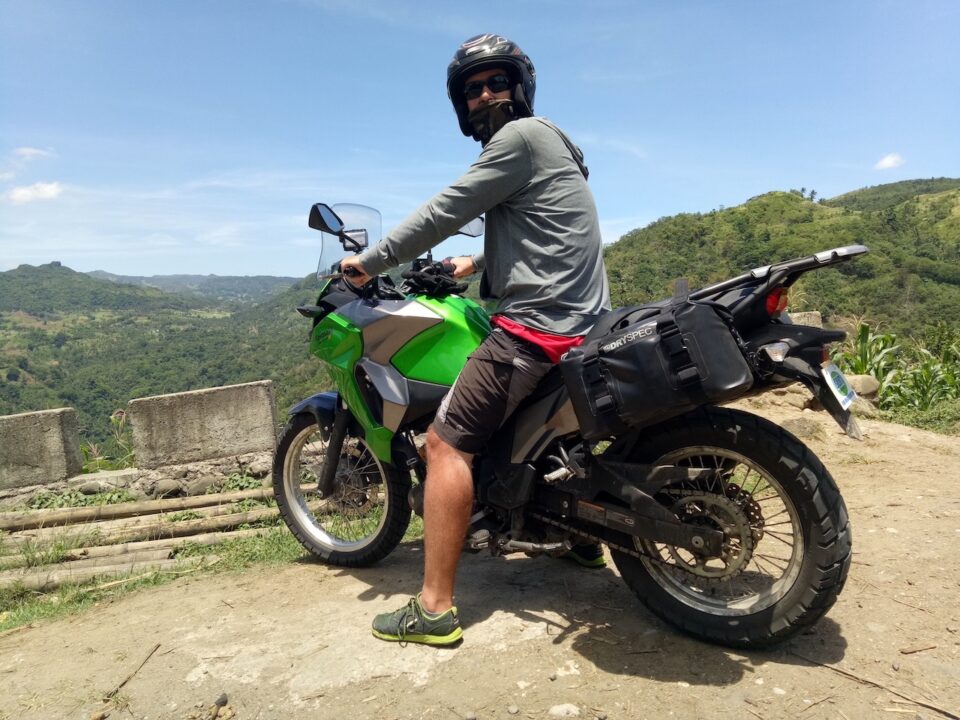 And on the final turn before descending to sea level I snapped this pic of the road ahead. We’d head down, and follow that coastline on the final stretch to Dumaguete. On the horizon you can see Cebu Island. 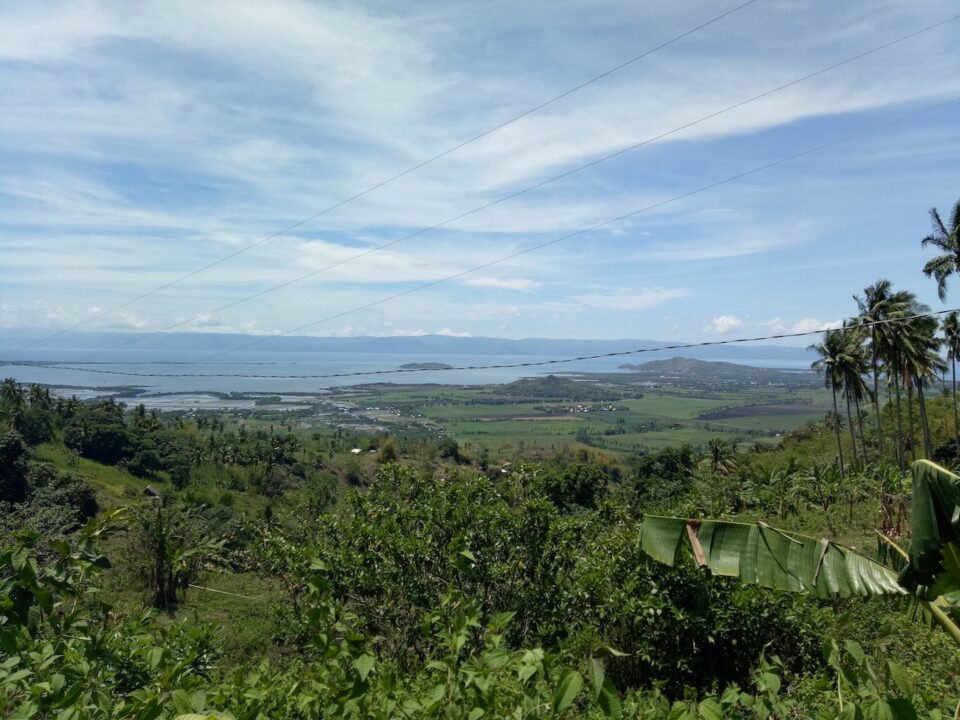 Finally arriving in Dumaguete nearing the end of the afternoon.
Overall a fun roadtrip and would do it again if I were still in the Philippines.