To properly use the Givi Dolomiti side cases you’ll need the Givi PL5127 or PLR5127 pannier racks. These racks have a mounting system that, wel, mounts the cases securely to the motorcycle. I opted for the PLR5127 racks because they’re removable. Partly because here in Mexico parts and accessories are scarce and this is what I could get, but also because I figured that when I’m not going anywhere exciting or whatever I’d just leave the pannier racks at home.

I did remove them a few times but for the most part I leave them on the bike and even considered bolting them on through the little lock gap. Right behind the passenger foot-peg there is a slot or hole where a lock fits through. I kept a few spare bolts from the assembly kit so I could bolt the racks on if I wanted to. But why really bother… They’re only removable with an odd shaped triangle key. A tool most thieves won’t have.

The Givi PLR5127 pannier racks are nicely designed. Of-course they are bike specific for the BMW F750GS and BMW F850GS. But they fit my BMW F850GS Adventure just as well. Most of the rear-end bits of these 3 motorcycles are the same. Installation was easy and took only 30-40 minutes or so. And since the 2021 F850GS Adventure already has offset rear indicators I didn’t use those brackets. Which saved me from disassembling the rear-end of the motorcycle saving me at-least an hour. yay!

I did screw up the main mounting points by swapping the left and right ones. They have an odd, side specific shape and the manual kinds sucks on explaining that or showing which goes where. But once that was figured out it all went easy and smooth. Of-course you immediately notice that it’s wrong because the racks don’t quite fit nicely. They DO mount though. So be careful with that.

As an extra I splurged for the S250 toolbox with the S250KIT mounting hardware. This gives me a sturdy box for tools. I keep my toolkit and tire repair kit in there.
The box is made or some non-flexible plastic. Has a lock that uses the same key as the side cases if you want and it fits about 4 liters of stuff. Plus it looks cool. 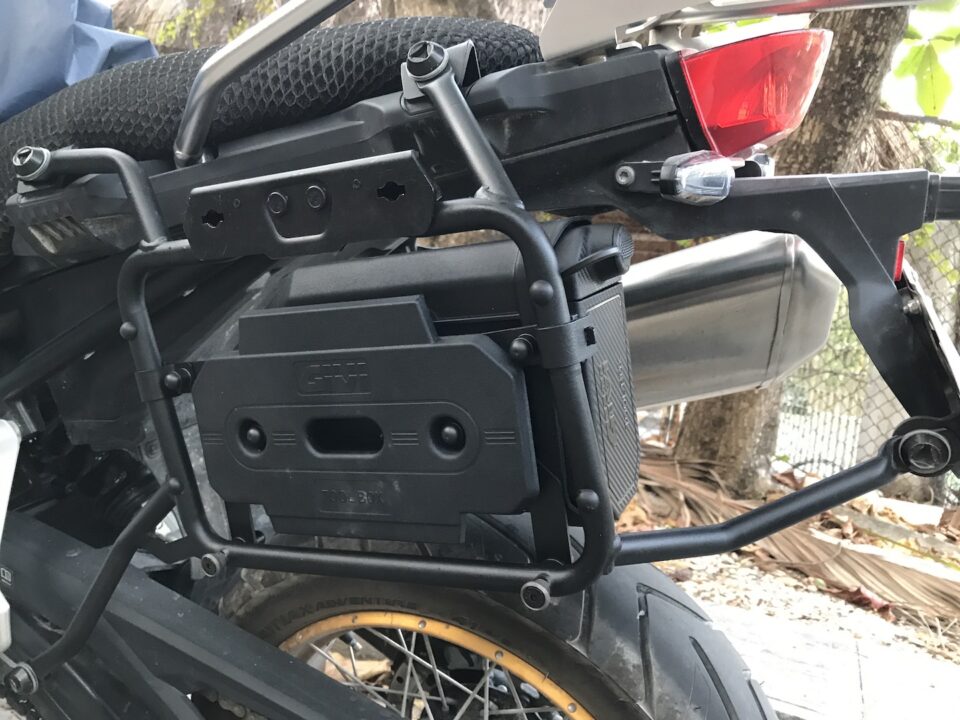 I think the mounting bracket is a bit over-engineered but it sits very well with the rack and it looks fine. But it’s a lot of screws and bolts and plates and whatnot to mount a simple box.

They’re side cases. Boxes. Hard panniers? Hard luggage… Whatever you want to call them. I usually say Side Cases. Imported from Germany to Mexico via eBay, it was well worth the wait and extra cost. These are a special kind of luggage I think. In a world where every pannier or case is a square boring box with sharp edges. Squared off designs and just mostly boring stuff. These have rounded edges and corners and edges all around. I think it looks super cool and it certainly gives them a premium look.
They’re 36 liters each. I have the black ones. They’re easy to put on the motorcycle. And overall I really like them. 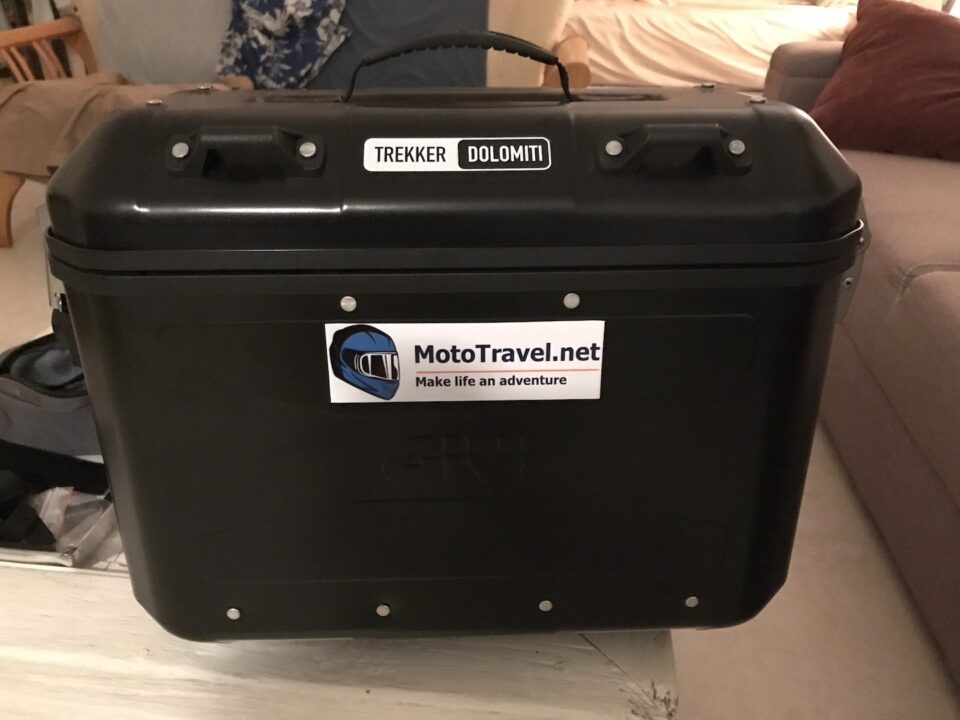 The build quality and paint/coating on them seems really durable. I’ve driven on gravel paths with branches and sticks swatting the cases for a few hours and I can’t find any scratches.
The attachment points, which are steel pins that go into the PLR5127 racks with a twist do not seem to bend, and again on gravel roads, but also unexpected speed bumps and potholes I make quite the rattle and bounce from time to time. Where you’d expect stuff to bend or break under its own weight. So far anyway.

I got like 6 spare keys and an extra lock cylinder for the optional top case. I used that cylinder for the S250 toolkit instead. Which just about fit.
Installation of the side cases is of-course easy… Pretty much put them on the rack and go. However, on my racks I needed to remove the top bracket and install the Monokey bracket. Which took about 5 minutes on each side.

The only downside I found so far is that the mounting mechanic is inside the case. Which requires me to have the lid open when putting them on the bike. A slight inconvenience. Though I suspect that the idea is that once they’re mounted the Dolomiti Side Cases are meant to stay on for the duration of the adventure. Which, if you consider that, could make sense. I saw some other cases like the Trekker Outback that have an external lock. Which may be a bit more convenient.

To me the “wow” factor is very important. And these certainly fit comfortably inside my wow factor requirements. I don’t like fidgeting with locks. Clumsy mechanisms and stupid design are not for me either. And, having the same things as everyone else is meh to say the least.
I think this whole package looks cool, functions well and simply does the job with no frills and nonsense around it.

Perfect? Probably not, but certainly wow!