After we left Cancun in mid-2021 and drove across Mexico over the span of a few months, we ended up in the area of La Paz, Baja California Sur. And the cold weather caught us by surprise. It made us wonder what the best time in the year is to visit Baja California Sur.

Over the past year we have learned that the climate in Baja California Sur can vary from place to place due to the long stretches of desert and mountain ranges between areas. So, the weather in la Paz is not nearly the same as the weather in Los Cabos. And same goes for Loreto. 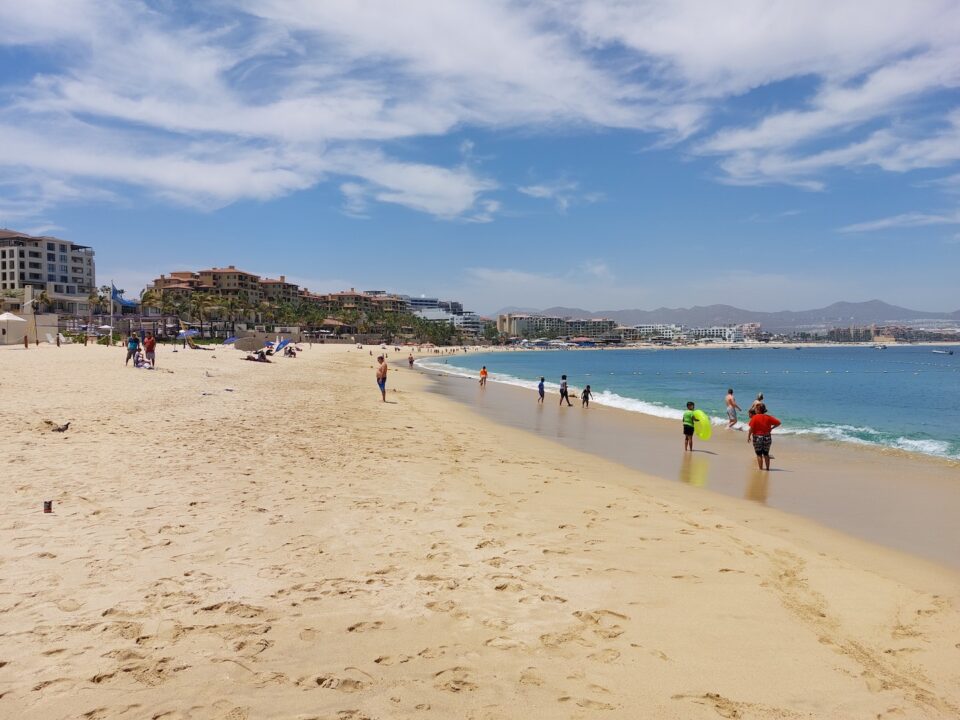 In general all these areas have cold winter nights and very little rain throughout the year as a common climate.

Temperatures between daytime and nighttime may vary around 20 degrees celcius. And some days, especially in early spring the wind can be cold. But with little to no rain during the biggest part of the year, Baja California Sur has an excellent climate for motorbike riders.

Spring definitely is the best time of year, although it is a relatively busy time when it comes to tourism. You will see motorbike riders and campervans everywhere. But with the long stretches of road between villages and cities traffic is usually very light and some miles you feel like you are the only one on the road. Temperature-wise, the period between March and the end of May is the most comfortable we think.

Temperatures easily go up to 100°F (38°C) when Spring progresses. There is no rain, And during Spring Break and Easter, this is the busiest time of the year on the peninsula. During Semana Santa, Mexicans and Americans will camp out on the beach for the entire weekend and you’ll find the urban areas mostly empty.

Whale season is at its peak. If you’re lucky you can see the whales play out in the Sea of Cortez while following the panoramic coastal roads, and it is pretty spectacular. 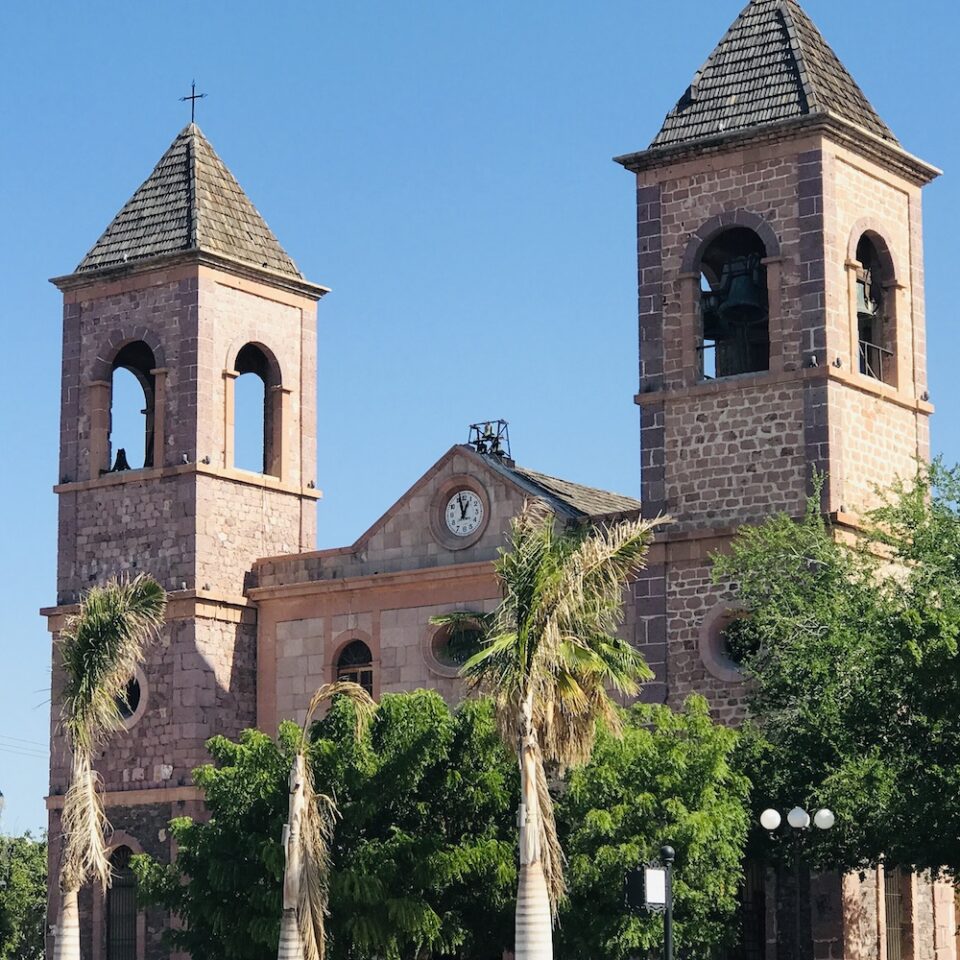 Summer is hot. You soon learn to start your days early to catch the early morning coolness. But that soon vanishes as summer reaches it’s peak in August. Temperatures are around 95ºF (35ºC) and you can imagine that that does to the tarmac. The chilly wind is gone, seawater is warming up to a point where you do not cool down when you take a dip.

Even at the night, it will not cool down, although the temperature still drops to around 20-25 degrees celcius. Because the days are hotter, so are the nights. July and August are the perfect months to honor a siesta during midday and start your days a little earlier when it is still cool.

At the end of summer sporadic rains may start, but don’t get all excited about the idea of all the desert dust settling down, it will be very brief and very localized, mostly in the higher mountains.

Temperatures range from 98°F (36°C) and 82°F (28°C), which will feel very nice given the humidity and the breeze. Rainy periods will add up to a total of 4 days a month, and those downpours can be severe.

Almost immediately you’ll see the water crossings in the roads flooded by the rivers that suddenly fill up and you can’t continue your journey due to the raging river that suddenly appears. In the smaller towns and many neighborhoods streets will be muddy, with debree and rocks everywhere, a lot of it spilling out all over the towns and cities down hill. Especially in the mountains it will rain a lot. With that in mind you have to come prepared and drive with caution.

Tourism is fairly slow during these months because nobody wants rain during their holiday. But still, there is plenty of sunshine and the flash floods will disappear as fast as they appear in the dry grounds leaving only a few puddles as a reminder of the rain.

It is spectacular when the sky bursts open and the ground for the first time in months gets soaked. Within days mountains and the much of the desert turn a luscious green. 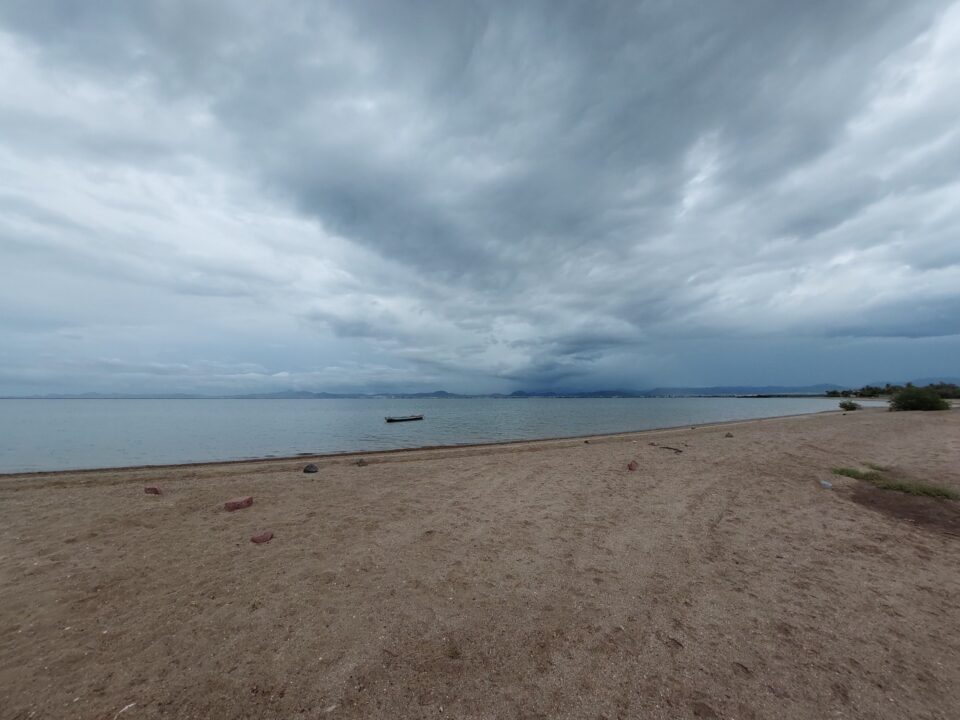 But then December through February winter arrives!

Many tourists from the USA love these months and consider them the best months to visit Los Cabos and La Paz. At night temperatures will drop to 50ºF (10ºC) while during daytime int he afternoons the thermometer will stop around 80ºF (27ºC) at most when the winter is at its peak.

But in october you already notice the turning of the wind, cooling down the air when you ride. While riding through the mountains large shadowy areas appear and you’ll feel chilly and later on even riding the pacific coastline will make you shiver.

The happy news is that the rain has stopped, on average it rains in winter no more than 1 day divided over the whole period. Of course this can vary from the Sea of Cortez and the Pacific Coast, and from the plains to the mountain areas, the mountains always seem to get a little more rain. Overall though, there will be plenty of sunshine to brighten up your cool winter day.

Winter, and spring make the perfect climate to ride in Baja California Sur, all the way down to Los Cabos.
Plenty of places to camp or stay overnight, and the choice of coastal or winding mountains roads is yours.

You can join the campervans and mobile homes from the winter-birds coming down from the north looking for sunshine, visiting the many bays and beaches where you can camp and get that “Robinson Crusoe feel” of living on a lonely beach and endless sea.

Just be sure to bring a sweater or a jacket.

What will be your favorite time of year in Baja California Sur? And how did you experience the temperatures during your stay?

Looking for routes to ride on the Baja California Peninsula?

We have tested and safe tracks and routes for you to check out. Routes also includes Points of Interest with noteworthy locations such as hotels, restaurants, checkpoints and fuel stations we’ve used or or encountered.

All prepared in easy to use GPX files that you can import in many route planning apps.