Living in Cancun for a while also means a lot of historic sites can be visited. For this adventure I had made a route to visit Ek-Balam and Coba with a quick stop in Valladolid.
This turned out to be a nice day with lots to see and do.

We left early-ish in the morning from Cancun, filling up with fuel and heading out to the ruins of Ek-Balam, which is in north of Valladolid in Yucatan. Not one for tollroads we of-course sought out smaller roads and streets to make it extra fun.

The ride from Cancun to Ek-Balam was a pleasant one. The weather was quite nice. We left Cancun at around 9am so that we would have plenty of time to see both Ek-Balam and Coba in one day.
Arriving at Ek-Balam it was immediately obvious that this was a bit of a tourist trap kind of setup. Luckily we were one of the first to visit that day. So we caught the parking manager of-guard. Caught the ‘entertainment’ off-guard and could waltz right in without interruptions for photos, tips, and souvenirs after being appointed a parking spot next to the path to the ticket booth and buying tickets. 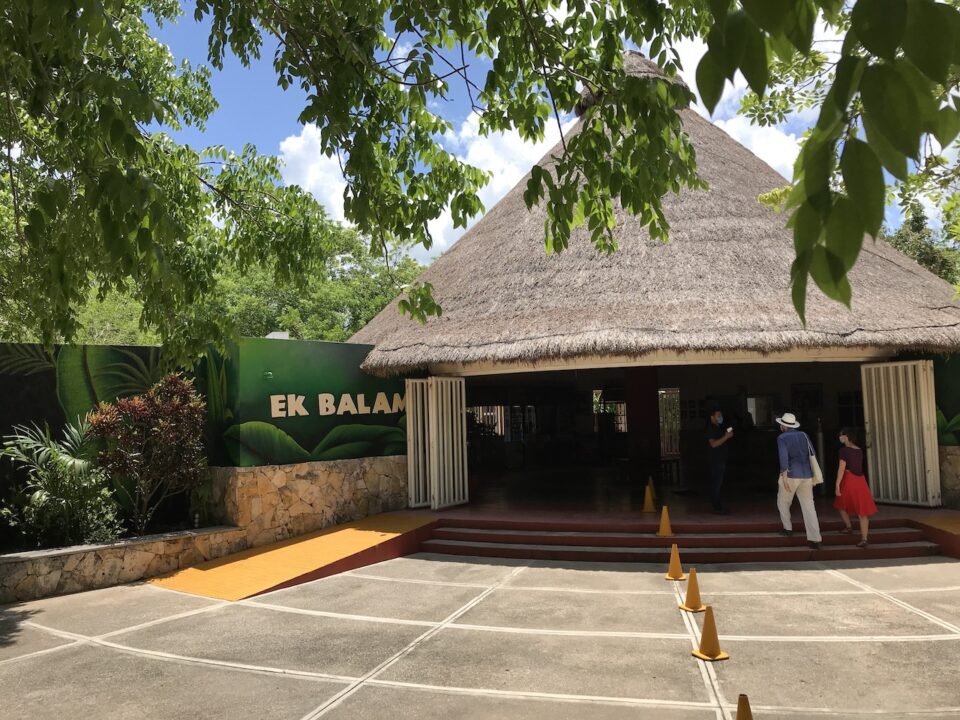 We didn’t really know what to expect of Ek-Balam other than “it’s a bunch of buildings and perhaps a pyramid”, upon entering the preserved area we were immediately struck by how well kept it all was. This was of-course reflected in the higher than average entrance fee.
The settlement in itself isn’t all that big but it has a number of recognizable buildings, an elevated area a sort of central town area and a massive pyramid on the edge.

I climbed the pyramid to the top, which stuck high above the forest. 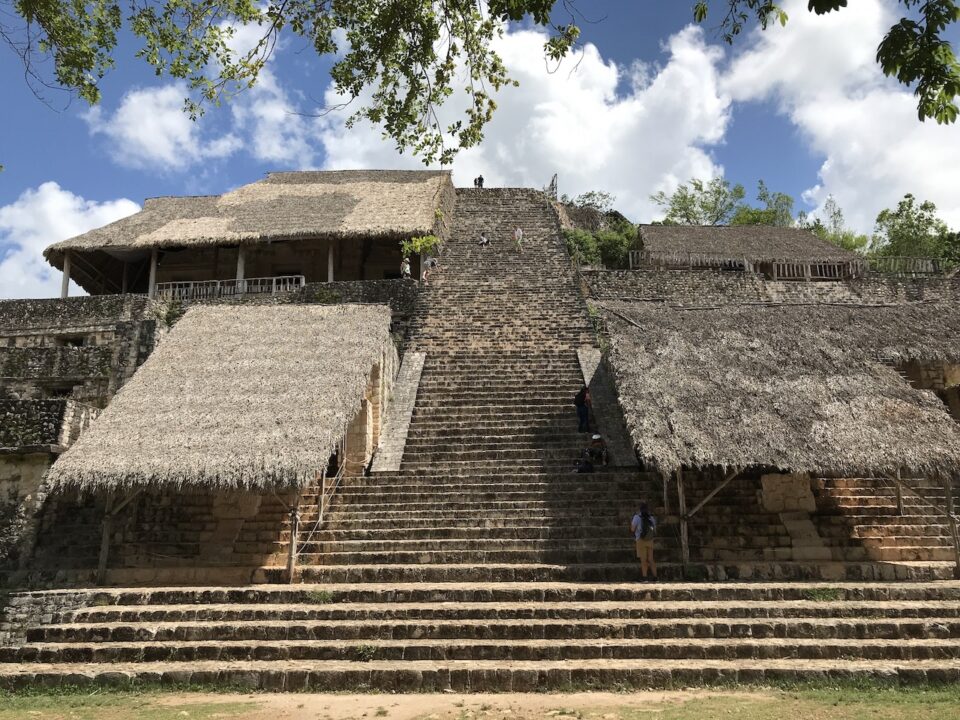 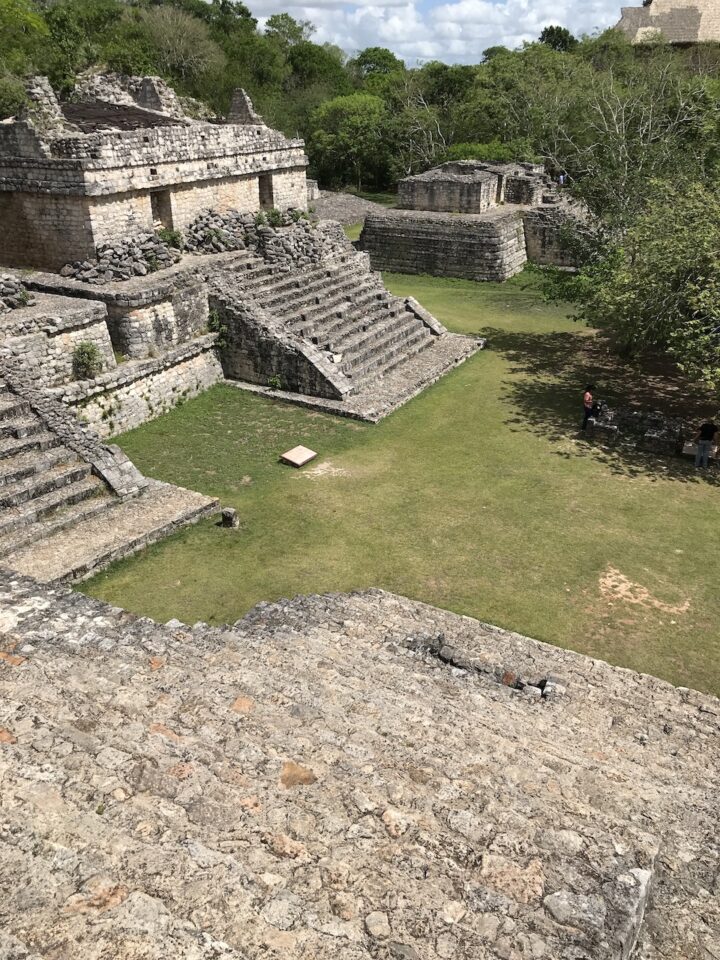 Having spent here about 2 hours we headed out looking for something to drink, ending up with icecreams.
And just as we drove away a coach full of tourists was on its way in. Hah, lucky!

A short ride to Valladolid later we figured to get some lunch in the city center. But the city center was so crowded we decided against it and take our chances at Coba for a nice lunch.

The ride to Coba was easy and quick. Mostly boring straight road. But that also meant making good time to spend more time in the attractions of the day. Arriving at Coba we were immediately directed to park at some paid lot in front of the Coba entrance. The guy selling tickets was a bit of a numpty and not very friendly. But we got in after explaining we were here to see the ruins. What else would we be doing there… 🤣

Parking our motorcycles we spotted a few shops with souvenirs and restaurants. We picked Restaurante el Faisan for our lunch. Which turned out to be an excellent choice. They serve great local dishes, with friendly staff and the drinks were big. All in all a good place to have lunch any day I think. On a later ride we passed through here again and had a late lunch at restaurante El Cocodrilo, just outside the parking. Which also has great food. So I can recommend that as well. Both restaurants are marked in the POI File of the route linked below. 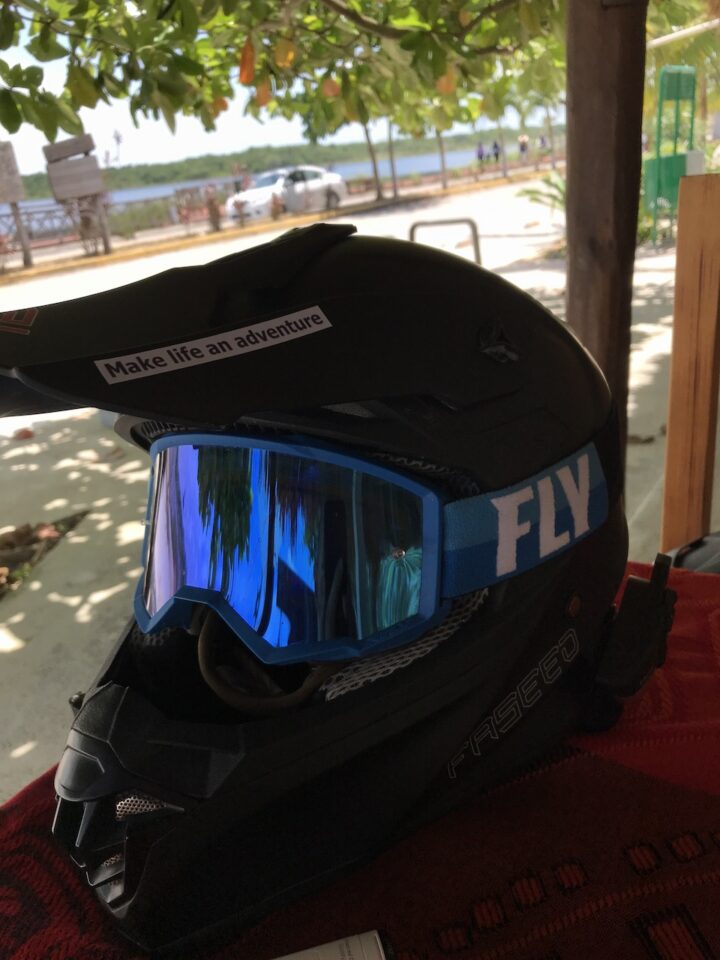 Having stuffed ourselves with Enchiladas, Tacos and some kind of soup we went looking for the Coba Ruins. Upon entering the premises we were advised to hire a tricycle bicycle cart with driver for a few hundred pesos. Shrugging that off as an attempt to please lazy tourists we said we’d walk.

Coba looks a bit worse for wear. Most of the ruins are run down and overgrown. But there are a lot of buildings to see and many are spread out throughout the forest. Remember those bicycle carts? Yea we hired one midway through. We found a friendly driver who also was able to explain a few things about the buildings and showed us all the sidepaths and things. 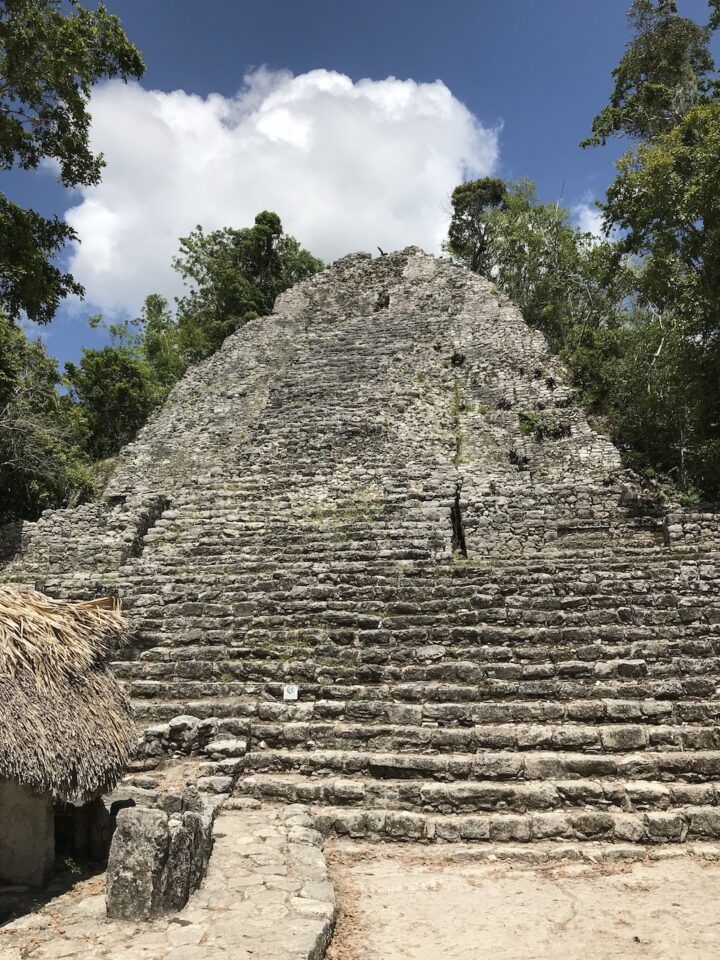 Coba is a large place to explore and you’ll definitely need a few hours to be able to stroll around and take it all in. 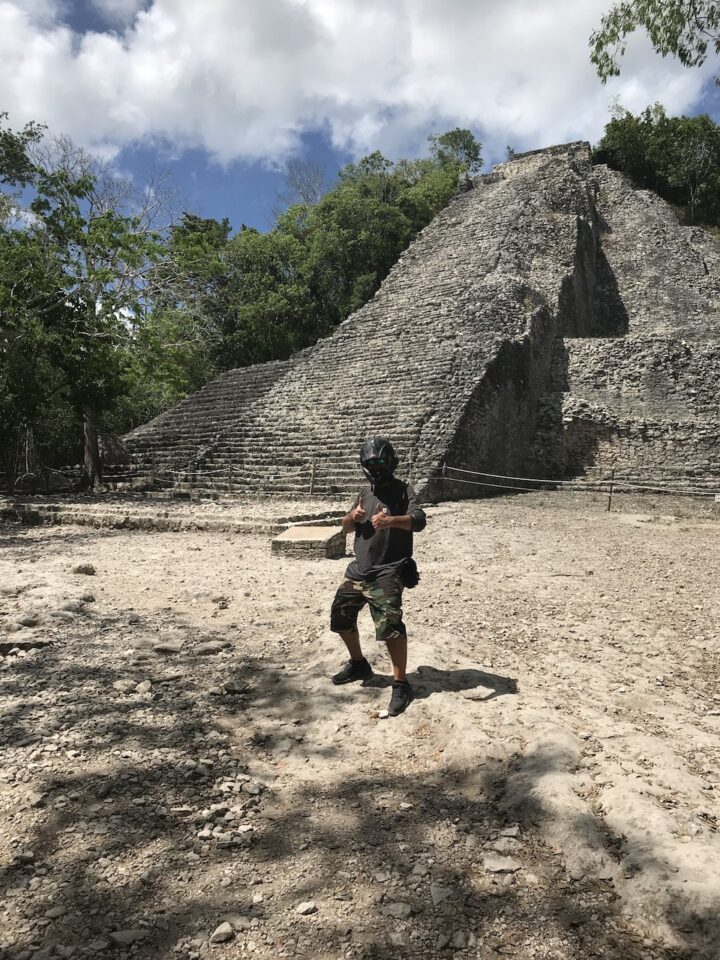 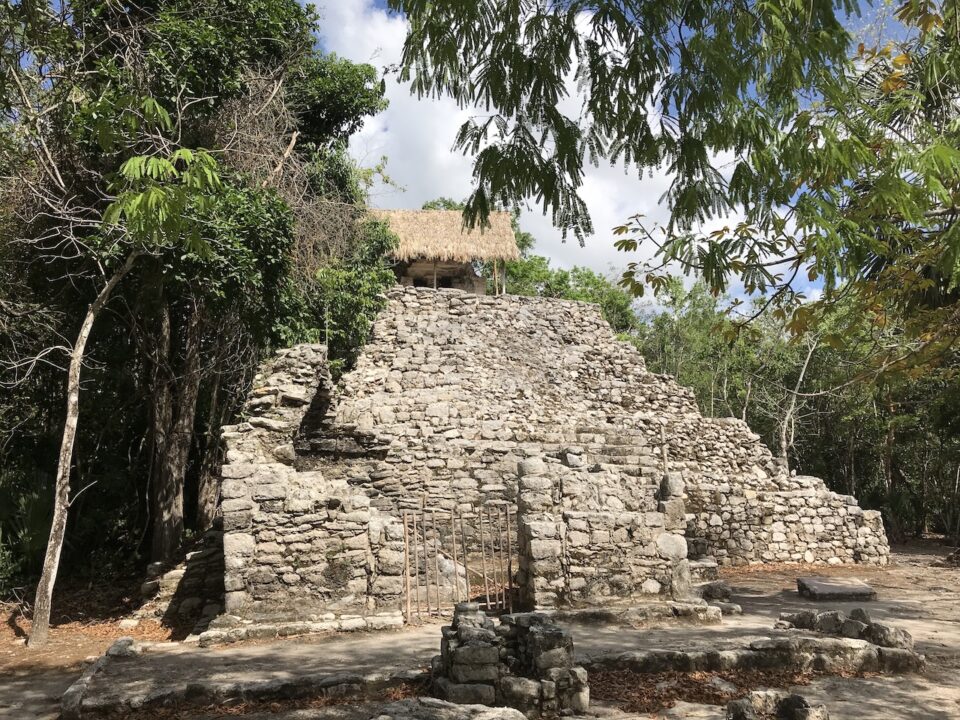 Heading back we thought that Coba definitely is worth the visit, but not as nicely maintained or preserved as Ek-Balam.
And from all the historic sites I’ve visited Ek-Balam is one of my favorites to date. Right up there with Uxmal, which I visited on another adventure.

From Coba we headed back to Cancun over a quiet road through Leona Vicario. Again avoiding the toll roads.